Hello out there in t.o.t.s.land!

Just a quick winter update for all of you who’ve been wondering what your favorite swamp monsters have been up to!

The Return of the Wetlands: 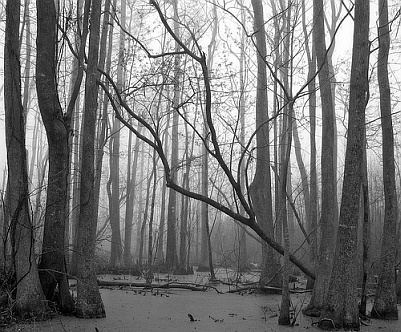 During these frigid winter months, Chvad and Blight have been busy in the studio crankin’ out creepy new tunes for the next t.o.t.s. CD, “The Return of the Wetlands” and this is t.o.t.s. like you’ve never heard them before! We’ve got a few tracks in the can with tons more on the way so it won’t be long before you can have this swanky new disc in yer grubby little paws! Stay tuned and in the next few weeks we might have a demo of this swampy goodness for you to massage your ears with! All this and MORE… but what MORE means will have to wait a bit before MORE is revealed. Secrets?!? What? WHAT?!? There’s big stuff in the works for t.o.t.s. this year…

The return of Ericah Hagle! 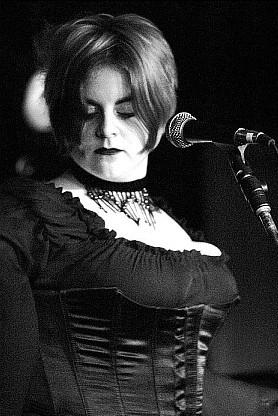 Ericah Hagle, ex- Unto Ashes lead vocalist (Projekt Records), has invaded t.o.t.s.land and will be gracing t.o.t.s. with her vocal prowess all over “The Return of the Wetlands”! She’s kind to animals and can turn into a robot! No shit, it’s fuckin’ CRAZY! I’m sure she’ll bring a sense of dignity to our drooling-clown antics and low-brow toilet humor. You can find more about Ericah here: http://www.myspace.com/ericahhagle 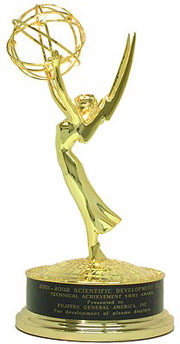 t.o.t.s.’ very own Blight has been nominated for an Emmy Award for Best Editor for his involvement with a short film produced last year about the ludicrous Intelligent Design theory and the short itself was nominated for 3 Emmy Awards! I have no doubt he’ll kick the snot out of anyone running against him and when he wins, we’ll be sure to announce it here! Get more info about it all here:
http://www.blightproductions.com
CUNY TV 75
http://www.nyemmys.org
CHECK OUT THE VIDEO HERE!

Updates to www.outside-the-skin.com!
We’ve recently re-structured the site to be easier to navigate and added some interesting new content so check it out! All t.o.t.s.NEWS is now available via RSS feeds as well! Go to the site, subscribe to the feeds! Read our rambling! Aside from regular t.o.t.s.NEWS, the site is updated daily with news and information that we consider CRITICAL to your existence! Subscribe to the t.o.t.s.NEWS feed HERE: http://www.outside-the-skin.com/feed/atom

That’s it for now.. but there’s ALWAYS more on the way. Soon we’ll be taking control of the known universe and ALL of you are always warmly welcomed into t.o.t.s.land.